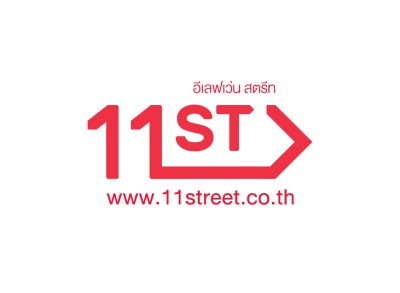 - Becomes the first Korean e-commerce player to launch an online marketplace in Thailand, after debuting in Turkey  in 2013, in Indonesia in 2014, and in Malaysia in 2015
- 11st’s signature strengths of product competitiveness and seller support services will be transferred to 11street Thailand to deliver a unique shopping experience that will set it apart from local rivals
- Posted performance growth of 72.5 percent in global markets last year, with aims to gain leadership in Asia’s mobile commerce market

Thailand marks 11st’s fourth global expansion, following launches in Turkey in 2013, Indonesia in 2014, and Malaysia in 2015.
The latest opening in Thailand gives SK Planet the opportunity to operate in three major Southeast Asian nations, helping the company expand its presence in the region populated by 600 million people.

Thailand’s economy is growing at an annualized rate of 5.5 percent and the size of the e-commerce market in Thailand which is populated by 68 million people is projected to more than double from $1.5 billion in 2016 to $4 billion in 2020.

Moreover, mobile share of e-commerce transactions is expected to jump from 28 percent in 2016 to 45 percent in 2020.

The signature strengths of 11st — product competitiveness and seller support services — will be transferred to 11street to deliver a unique shopping experience that will set it apart from local competitors.

To guarantee product competitiveness, 11st in Thailand will offer over 3 million products across eight different categories including fashion, electronics, and leisure. And its curated shopping services ‘Shocking Deal’ will offer trendiest products at lowest prices. Moreover, it has adopted diverse consumer convenience features such as ‘360-Degree View’ that enables shoppers to rotate product images 360 degrees to get a thorough detail of the products even on small mobile screens.

Moreover, 9,000 local sellers operating on 11street can take advantage of diverse seller support services. Its ‘Mobile Seller Office’, which is the first of its kind in Thailand’s e-commerce industry, gives merchants the ability to conveniently check order status and payment history right from their mobile devices. And ‘Seller Campus’ located in Bangkok will provide one-stop support services to merchants. 11street sellers will be able to take classes on how to maximize their business and use a studio to photograph their products. They will also have access to the campuses’ meeting rooms.

SK Planet plans to open two more Seller Campuses in downtown Bangkok this year, and solidify its position in the online shopping market by partnering with leading brands in Thailand and continuing to upgrade payment system to ensure convenience.

Moreover, Thailand 11street plans to use “Hallyu”, an increasing global popularity of Korean culture in marketing. It has lined up Hallyu star Song Joong-ki who has a large fandom throughout Southeast Asia to front its ad campaign, and put up ads at busy streets in Siam and Phrom Phong that attracts millions of pedestrians every day, while planning to broadcast TV commercials to build brand awareness and drive site traffic.

11st aims to gain market leadership in the Thai e-commerce market crowded with competitors such as Lazada, iTrueMart, and WeLove Shopping, and become local shopper’s most favorite online shopping destination and even Asia’s leading online marketplace.

“11street Thailand will continue to expand its presence in this promising market and become a leading e-commerce firm that promotes Korean wave in the retail industry,” said 11street Thailand CEO Jeon Hong-cheol. “We are excited to be

in this market and expect our presence to serve as a catalyst, encouraging Korean retailers to tap into the Thai market, while inspiring Korean manufacturers and ICT firms to make their presence felt in Southeast Asian markets.”

SK Planet is strengthening its leadership in global e-commerce by expanding into promising Asian markets. Before entering the Thai market, the online marketplace debuted in Turkey in 2013 as n11.com (numara onbir), in Indonesia in 2014 as elevenia, and in Malaysia in 2015 as 11street. And SK Planet has delivered some impressive results in these markets. Last year, it became the largest e-commerce player in Turkey in terms of gross merchandise volume.
And the combined gross merchandise volume of the company’s three overseas platforms grew by 72.5 percent year-on-year in 2016.

Meanwhile, the opening ceremony to celebrate the launch of '11street' in Thailand will be held today at Central World in Bangkok, with two representatives of the brand ― Korean actor Song Joong-ki and Thai actress Mew Nittha ― expected to attend.